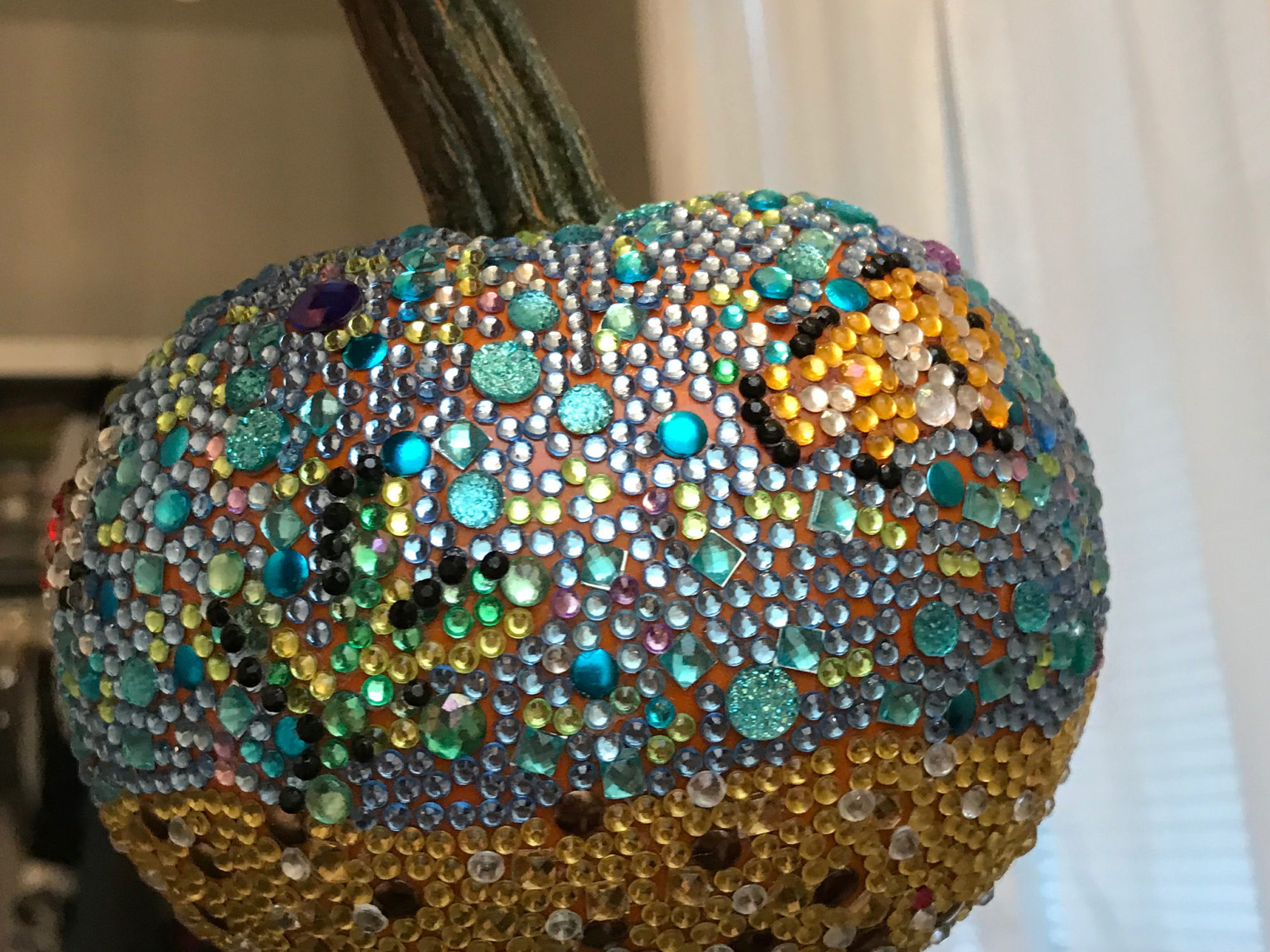 I like to make things. I can’t exactly describe the things I make, as they vary widely from bedazzling to duct-taping to sewing. I hope to fill this post with miscellaneous items I’ve made. I feel like these projects show my persistence, ability to plan, and creativity. 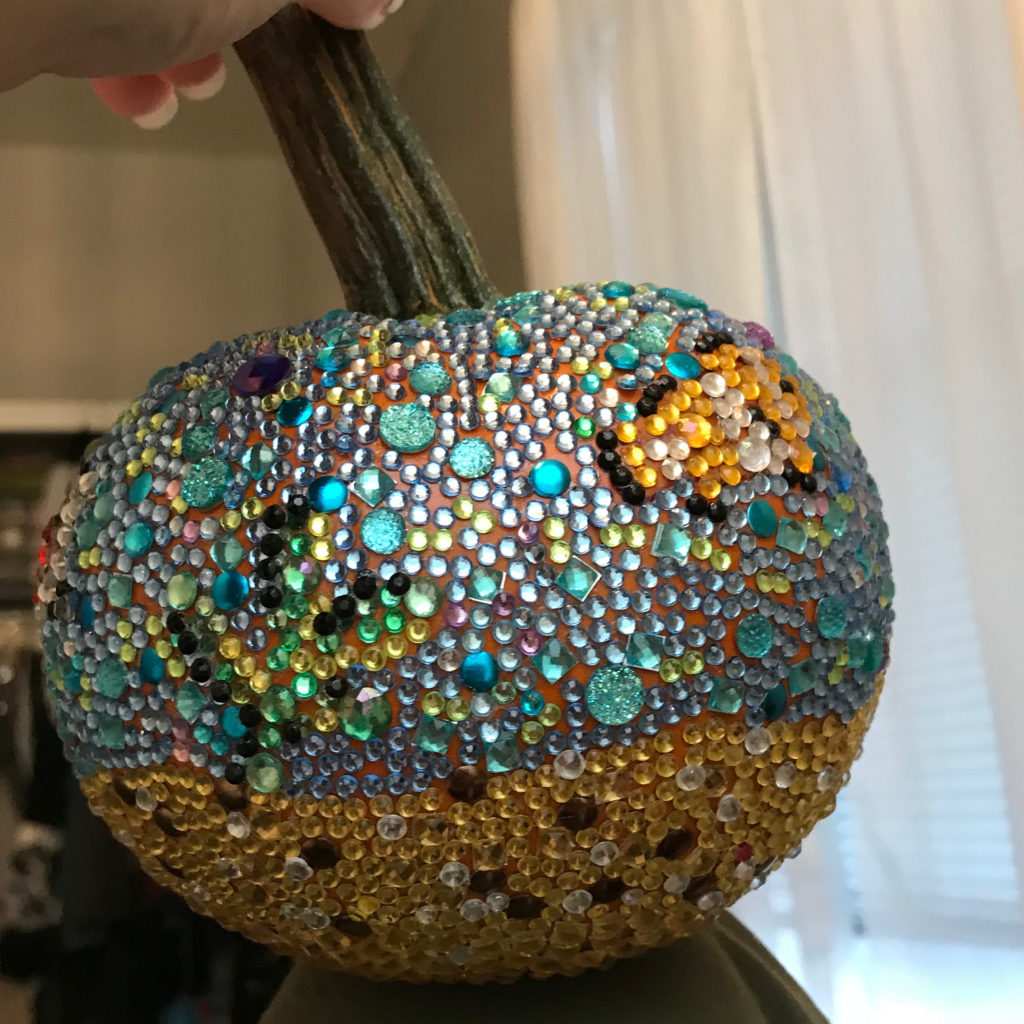 A friend of mine worked at a fish store and said there was a pumpkin decorating contest to win a fish tank. He handed me a pumpkin and said I should enter. I asked, “What can I do with this?” He replied, “You can do anything… you can even bedazzle it!” And That is what I did.

This took a long weekend of almost nonstop work, Friday through Sunday. It also cost $80–I could have bought a fish tank at that rate. I hand-placed every jewel, using either super glue or the adhesive backing most of them came with to affix them. The result was beautiful! However, I did not win the contest, as it was meant for children.